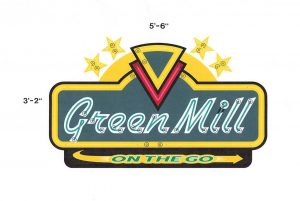 U.S. employers added 678,000 jobs in February, another solid gain that underscored the economy’s robust health as the omicron wave fades and more Americans venture out to spend at restaurants, shops and hotels despite surging inflation. The Labor Department’s report Friday also showed that the unemployment rate dropped from 4% to 3.8%.

The Labor Market Information Center has released the latest Online Job Openings Report (OJOR), a monthly summary of online job openings and active résumés from Job Service North Dakota’s labor exchange system. North Dakota had a total of 19,600 open and available online job openings in February 2022, a change of +17.9 percent (+2,982) from the prior month and +28.6 percent (+4,363) from the same month one year ago.  There are over 1,800 job openings in Grand Forks County. (+328)

A new monthly survey suggests that worries about Russia’s invasion of Ukraine, soaring inflation and rising interest rates combined to undermine the confidence of business leaders in nine Midwest and Plains states. Creighton University economist Ernie Goss says the confidence index fell to its lowest point ever in February when it hit 19.5, falling from January’s already low 36.2. Any score below 50 suggests a negative outlook.  The report covers North Dakota…South Dakota…and Minnesota.

Average long-term U.S. mortgage rates fell this week and remain at historically low levels, just as the Federal Reserve prepares to raise its main borrowing rate. The average rate on a 30-year loan declined to 3.76% this week from 3.89% last week.

Best Buy reported a shortfall in sales for the holiday quarter as the nation’s largest electronics chain struggled with shortages of holiday products and was forced to reduce store hours because of a shortage of workers due to omicron. The Minnesota-based chain reported profits in line with Wall Street expectations. Like many retailers, Best Buy struggled with rising costs for everything from labor to shipping as supply chain backups hit companies worldwide during the holidays.

Amazon is closing all of its brick-and-mortar bookstores, as well as its 4-star shops and pop up locations. The closures come as the online behemoth reworks its physical footprint. The move affects 66 stores in the U.S. and two in the United Kingdom.

Grand Forks property owners have a little more time to take advantage of a tax break for improvements to residential and commercial buildings.  The city council has O-K’d a resolution to increase the time from 12 to 24 months to submit an application.  The exemption on the increased value can be granted for up to five years.

The Grand Forks Planning and Zoning Commission has approved a blade sign for the Crooked Pint Ale House on South Columbia Road.  The signage will say “Green Mill on the Go.”  According to a staff report the Crooked Pint Ale House business will stay but they plan on offering Green Mill pizza.  Current code does not allow a sign attached to a building to project more than two (2) feet.  (Picture:  GF staff report)

The City of Grand Forks has issued a $1.2 million dollar building permit to Midtown Storage at 1900 South Washington.  The scope of the project is to remodel the bulks of the old Kmart building space into climate controlled storage.

Two big names in Japanese electronics and autos are joining forces to make an electric vehicle together. Sony and Honda said Friday they have agreed to set up a joint venture this year, to start selling an electric vehicle by 2025. The plan is to pair Honda’s expertise in mobility development, technology and sales with Sony’s imaging, telecommunications, network and entertainment expertise.

Talks with select NHL teams and major corporate sponsors have intensified in the Professional Women’s Hockey Players’ Association’s bid to form a pro league within the next year. An announcement is not imminent and there is no specific timeline. But a partially NHL-backed league with the top international players would be considered a game-changer for women’s hockey.

An industry group says American whiskey exports have started rebounding, but distillers have yet to fully recover. Spirits exports have been battered by tariffs and the pandemic. Exports of bourbon, Tennessee whiskey and rye whiskey rose 15% last year to reach $975 million. The council says Tennessee and Kentucky are the nation’s leading spirits exporters.