This was a great year, despite the Wallen flap. 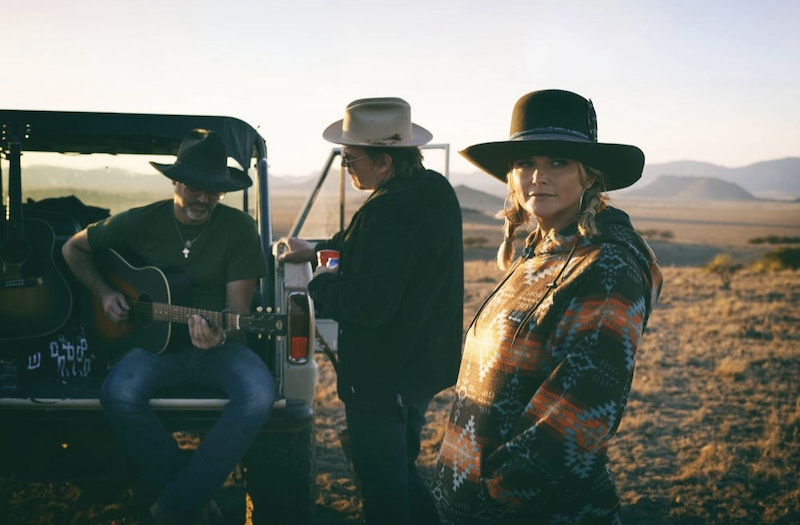 I wrote annual country Top 10s in the 1980s (for a military magazine), in the early-2000s (for New York Press), and then over the last five years for Splice Today. 2021 is one of the best and most varied among them, full of possible future directions, new voices, meaningful returns to various elements of the tradition. Even on the radio, bro country had begun to fade by late-2020. And people care less and less about the radio, though country was the last genre really to emigrate.

In January, I took Morgan Wallen’s Dangerous (which turned out to be the top-selling country album of 2021) to be an emblem of the improvement. Wallen was completely dominant last winter, with good songs almost elegantly straddling bro and more traditional styles. But before and after Wallen’s cancellation, everything seemed to be blooming again, and as the year proceeded, it was hard to keep up with all the fine roots/Americana/bluegrass/folk/country material. I kept losing track of albums I loved two weeks before because I’d found new ones.

1. Jack Ingram, Miranda Lambert, and Jon Randall, The Marfa Tapes. This rough, lovely album arrived early in the spring with a redemptive quality: people having fun together, hanging out writing and jamming. It’s the cultural cure for Covid, and the musical cure for autotune, a boycott of the metaverse. And the songs—like “Geraldene,” Lambert’s tribute to/attack on Dolly’s Jolene—are ultra-strong. Miranda’s reign as the Queen of Country remains in full effect. Waxahachie.

2. Alison Russell, Outside Child. This difficult memoir, sung in a supple and delicate soprano, is just one of the indications that the most vital and meaningful roots music right now is being made by black women. I’d thought that the blues had been turned over to Boomer white dudes with recording studios in their basements. But now I’m thinking that traditional blues, country, and gospel styles might have a whole new run, employed to tell personal stories of now and of history, connected to race and gender, that echo so strongly in American music. There were a number of great examples of the trend this year (see Lilli Lewis, below), such as Russell’s fellow Native Daughter Amythyst Kiah’s Wary + Strange. Russell’s is the most clearly country. Persephone (she makes me cry, really).

3. RaeLynn, Baytown. Don’t hold RaeLynn’s participation in the Voice (or her elimination in the quarter-finals of season two) against her. Christ, Miranda Lambert finished third on season one of Nashville Star. This is a delightful, women-kicking-ass party album, sort of the opposite of Russell’s vulnerability and emotional intensity. RaeLynn is just playing around, and doing it with particular hilarious self-consciousness. A song like “Keep Up” is good roots pop and also kick-ass white trash feminism, while the video is a brilliant parody of the whole form of the music video, from Paula Abdul and Madonna to Beyoncé. It’s also, let’s say, body positive and completely fun. Bra Off.

4. Dillon Carmichael, Son of A. RaeLynn and Dillon are cut from the same cloth, and this traditionalist album (the basic references are 1990s artists such as Alan Jackson), like Baytown, is filled with songs solid and mirthful. They should host a TV show together, half Loretta and Conway and half Stiller and Meara. Big Truck shows that the double entendre song isn’t dead, and like everything on the album is driven forward by arocking band of session killers and clean traditionalist production. It makes you happy to remember real drums. Hot Beer (feat. Jon Pardi).

5. Lilli Lewis, Americana. “Folk diva” Lilli Lewis explores a number of elements of American roots music on this marvelous album. It makes sense that she’s coming out of New Orleans, where a bunch of world music runs together. Though the presiding spirit might be the spiritual, several songs are straight country, with themes like race, gender, and social justice. That’s pretty unusual in this genre, but the polemics here are subtle even if urgent, and the music is so good. “I don’t want to fight for freedom,” Lewis sings. “Freedom is a right from birth. Everything with a wrecking ball.” But the music is her fight. The first time I streamed the album, I was puttering around the house, listening not-too-closely to what I thought was a nicespiritual about peace of mind. It slowly dawned on me that the narrator of the song is saying that until death, she’ll keep carrying this piece of mine.

6. Emily Scott Robinson, American Siren. These delicate songs—call the style folk, bluegrass, acoustic country—make a lovely simple frame for Robinson’s equally jewel-like soprano and intense expressive capacities. I hear her as an emerging figure in the great tradition of Dolly and Emmylou, who make me swoon. Robinson does too. Plus there’s good advice: “Don’t get married in a church called Mother of Our Sorrows.” And serious stories, as on “Hometown Hero,” about a veteran’s suicide. Old Gods.

7. Bridgitte DeMeyer, Seeker. I don’t think this album, a masterpiece by a veteran California-to-Nashville singer-songwriter, got any attention (the video for the beautiful song All the Blue, for example, has 275 views as I write). If not, it’s another example of the fact that success in music can be arbitrary. But once I sampled it, I downloaded it; and once I downloaded it I kept putting it on, rather to the delight of anyone who strolled into my house. In particular, DeMeyer is a distinctive, strong, and masterfully feminine singer, with a range from tuneful growl to delicate upper-register flight. No one in Nashville is singing any better than this (147 views), as the band rocks the blues.

8. Morgan Wallen, Dangerous. Wallen’s a notorious party boy, a persona established on his 2018 debut If I Know Me, featuring amazing songs like “Whiskey Glasses.” The 30-cut Dangerous is surprisingly meditative and well-crafted, however, with gems such as “Your Bartender” and Wondering ‘Bout the Wind. Wallen’s an excellent country singer, a fact which I don’t propose to leave aside. He became an emblem of all kinds of shit this year: the racism of country music, the excesses of cancel culture. Once he was removed from the radio and “suspended” by his record company, he outsold everything for months.

9. Alan Jackson, Where Have You Gone. Reviewing this 21-cut album in May, I described it as a return to 1990s form for Jackson (and producer Keith Stegall), who in turn I described as a fundamental country artist, as good and as necessary to the history of the form as Johnny Cash or Merle Haggard. Write it in Red.

10. Larry Fleet, Stack of Records. Speaking of Jackson, this debut album by a young Tennessee classicist effortlessly occupies the traditionalist niche with some fine songs, including potential classics like Quittin Ain’t Workin. If you’re wondering what a male country singer should sound like with regard totiming and timbre, I’d suggest listening to Fleet (and then Carmichael too). An impressive example of extreme facial hair, in tribute to Chris Stapleton.

Darin and Brooke Aldridge, This Life We’re Living. Brooke keeps deepening as a singer, and is going to end up as a beloved institution.

—Colebrook Road, Hindsight is 2020. The third and best album by the progressive unit from Harrisburg, PA.

—Doyle Lawson and Quicksilver, Roundtable. Doyle, an institution as a mandolin player and band leader, says he is retiring.

Notes: I love the idea of Billy Strings. What an amazing player. I wish I loved the singing and the songs more. As you may recall, I’m a huge fan of Taylor Swift, but I don’t know how to think about re-made albums or identify the genres. If she’d made Fearless for the first time this year, it’d be Top Five. Red is an amazing album in both iterations, but maybe it’s pop. Mickey Guyton, so far, is an undistinguished artist, and I’m sort of banning self-esteem as a theme for five years or so. I didn’t immediately love Brandi Carlile or Jason Isbell’s recent albums. I’d rather hear Alison Krauss singing solo with a bluegrass bandthan with Robert Plant. Lovely moments, though. I’m skipping Eric Church and Jason Aldean this year; we’ve moved past that.I’m still going to need some coaxing, or a transcendent artist, to get onto country hip-hop. I’m not saying it’s impossible, though.