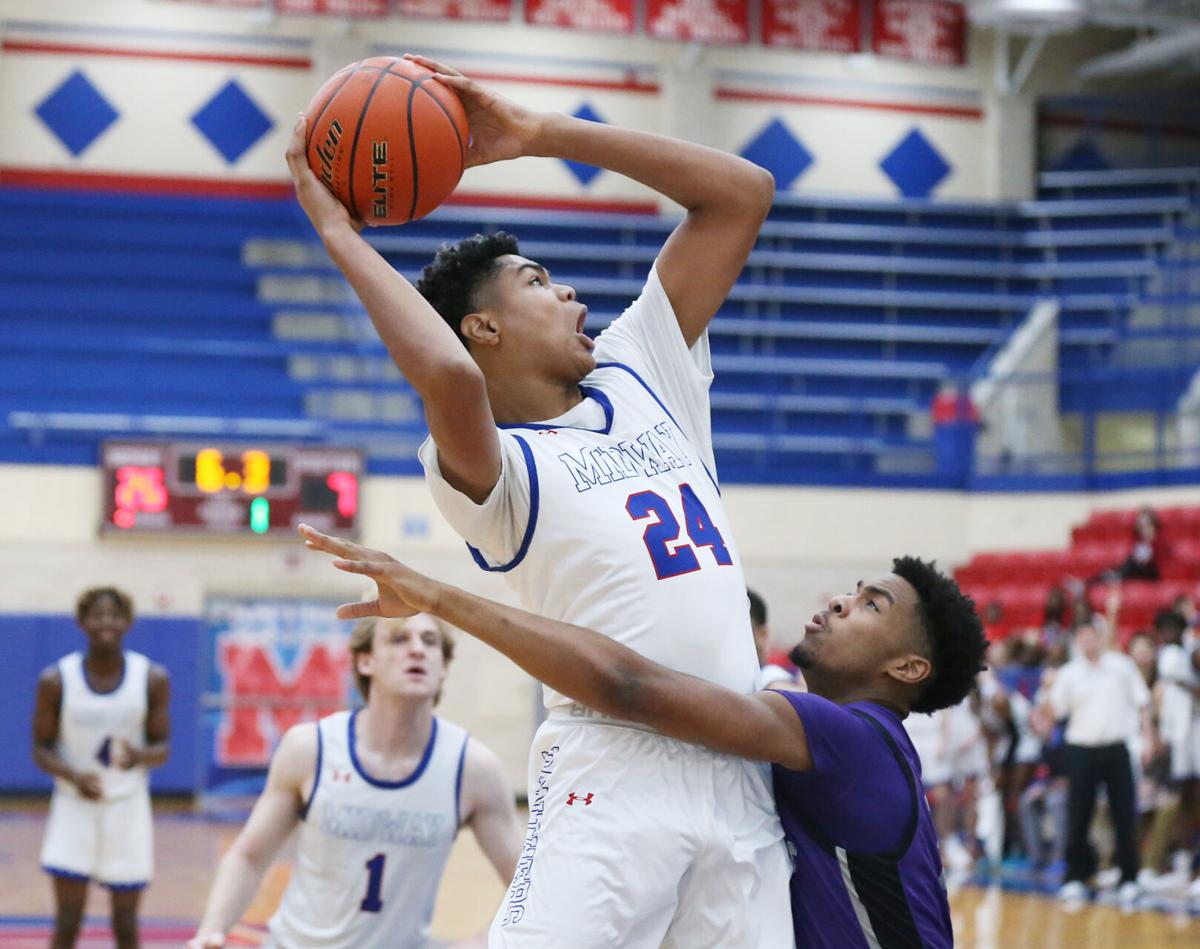 Midway post Caden Powell is having a big senior year for the Panthers, and will look to keep that going in this week’s M.T. Rice Tournament, which returns after a one-year absence. 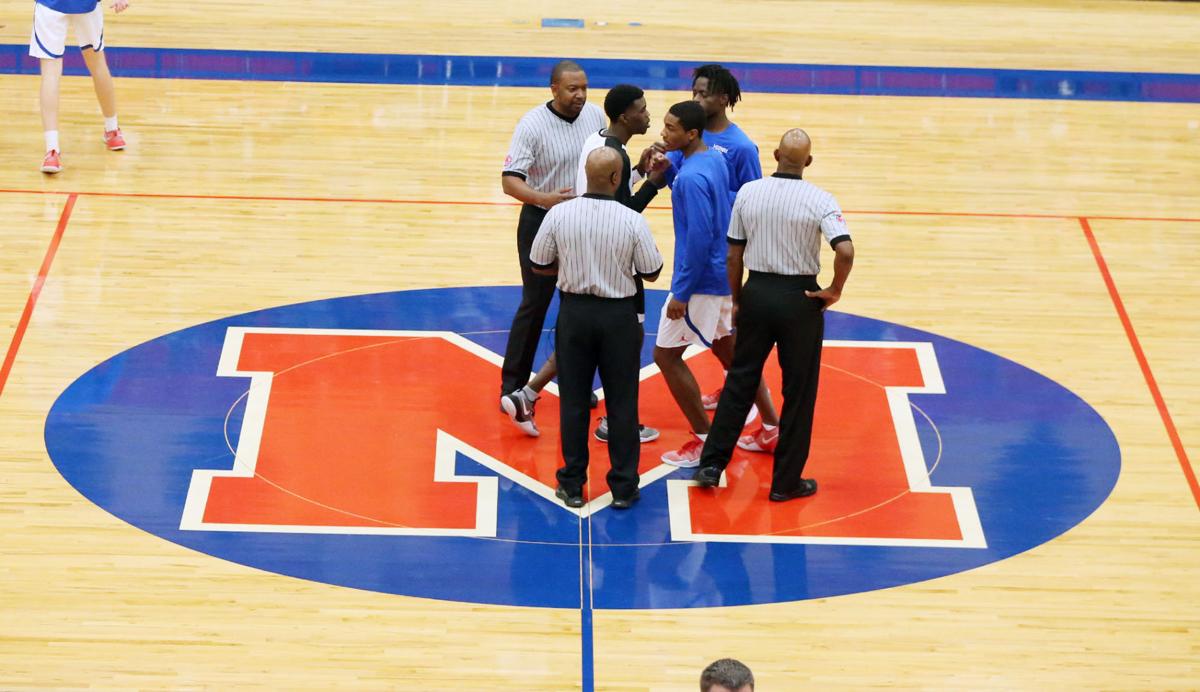 University’s and Midway’s boys prepare to square off at the 2019 M.T. Rice Tournament. The Trojans and Panthers will again be in this year’s field, along with Waco High.

Traditions shouldn’t have to take a timeout.

Unfortunately, that’s the way it went in 2020 as the UIL opted to do away with high school basketball tournaments in an attempt to mitigate the risk of spreading COVID-19. Fortunately, though, tournaments have returned in force for the 2021-22 school year, including Midway’s 60th annual M.T. Rice Tournament.

“I’m just so glad that tournaments are back and kids are playing and we’re getting after it,” said first-year Midway boys coach Eric McDade. “It’s going to be exciting, man, really exciting.”

McDade has every reason to feel energized. Not only has the M.T. Rice tourney returned after a one-year hiatus, but the Panthers (13-5 overall, 1-0 in District 11-6A) carry a full head of steam entering the event. Last Tuesday Midway opened up district play with a hard-fought 59-53 win over Waxahachie, which went undefeated in district play last year and thumped the Panthers by scores of 87-36 and 103-43.

McDade accepted the Midway job in April, coming over from Southlake Carroll. He said that he spent his first couple of months just getting to know his new players and laying the foundation for the culture he wanted to establish.

Given that the installation of his system remains a work in progress, the new Panthers coach couldn’t be more pleased with how the season is going.

“For us to be progressing the way we are, basically on a three-and-a-half month install on the new things that we’re doing, it really credits our kids and our coaches and the amount of community support that we’ve had,” said McDade, who also had previous coaching stops at Duncanville, Mansfield Timberview and Crowley. “We’re kind of in a jump-start mode, you know. It’s kind of progressed even faster than I thought it would.”

Midway’s boys haven’t played in the M.T. Rice final since 2014 and haven’t won the event since 1983. For that long drought to dissipate, they’ll need 6-10 big man Colin Powell to continue to let it rain. Powell put up 31 points in Midway’s win over the Indians last week, and the Wyoming-bound senior carries averages of 20 points and 12 rebounds on the season.

Midway’s tradition-rich girls program owns 25 M.T. Rice tournament titles, its last coming in 2017. The Pantherettes are also breaking in a new head coach in Selena Winbush, who came over from San Antonio Reagan. They’ve gotten out to a slower start than their boys’ colleagues a couple hallways over, sporting a 4-11 overall record and an 0-3 district mark. But they’ll be looking to build up their chemistry over three days of bubbling basketball tourney action.

Leading up to the start of Monday’s tournament, the 18-team girls’ field was still in flux due to at least one team pulling out with COVID issues.

Teams will compete in pool play over the first two days as they compete to make it to Wednesday’s championship bracket.

While the M.T. Rice stands out as the biggest, several other area schools will host holiday high school basketball tournaments this week. Rosebud-Lott will hold a Christmas Classic tournament that includes the likes of Marlin and McGregor in it, while Moody’s Christmas Basketball Shootout on Tuesday and Wednesday features a variety of smaller local schools, including Mart, Meridian, Bremond and Axtell to go with the host Bearcats.

Sent weekly directly to your inbox!