Wanted: Bold Adventurers To Journey Into Web3 And The Metaverse – Cointelegraph

Ontology community members have chosen a life of adventure to push the boundaries of what is possible. They are pioneers and explorers who choose the road less traveled.

All are invited to join what could be the greatest adventure to date: entering the metaverse. Web3 will bring people together to game, invest, communicate and innovate online. It will offer a world that is self-sovereign and not simply a product that companies capitalize on by collecting user data. In the web’s new era, there can be a decentralized metaverse world where users have more control over their identity and data.

The new Ontology EVM Fund can make this vision a reality. Available funding can support suitable projects endeavoring to create an incredible metaverse that is open and decentralized. Of course, success is not only dependent on finances. In addition to the support offered by the Ontology EVM Fund, developers will benefit from a fast, accessible and secure public chain with a focus on decentralized identity and data. Projects also benefit from the growing user base of Onto Wallet, which already has more than 800,000 users, and using the flagship identity solution, which has been accessed more than 1.5 million times. Ontology offers projects the opportunity to achieve exposure by top-level media outlets and to join the crypto conversation with some of the leaders in the space.

These projects can be thought of as spacecraft — the driving force behind a shared mission and the stable vessel that holds collective explorers together. Ontology is welcoming anyone with a relevant project to join this adventure. It has plans — or “landing platforms” — prepared: Jupiter, Saturn, Venus and Mars. Project developers can see which “planet” best suits their needs below: 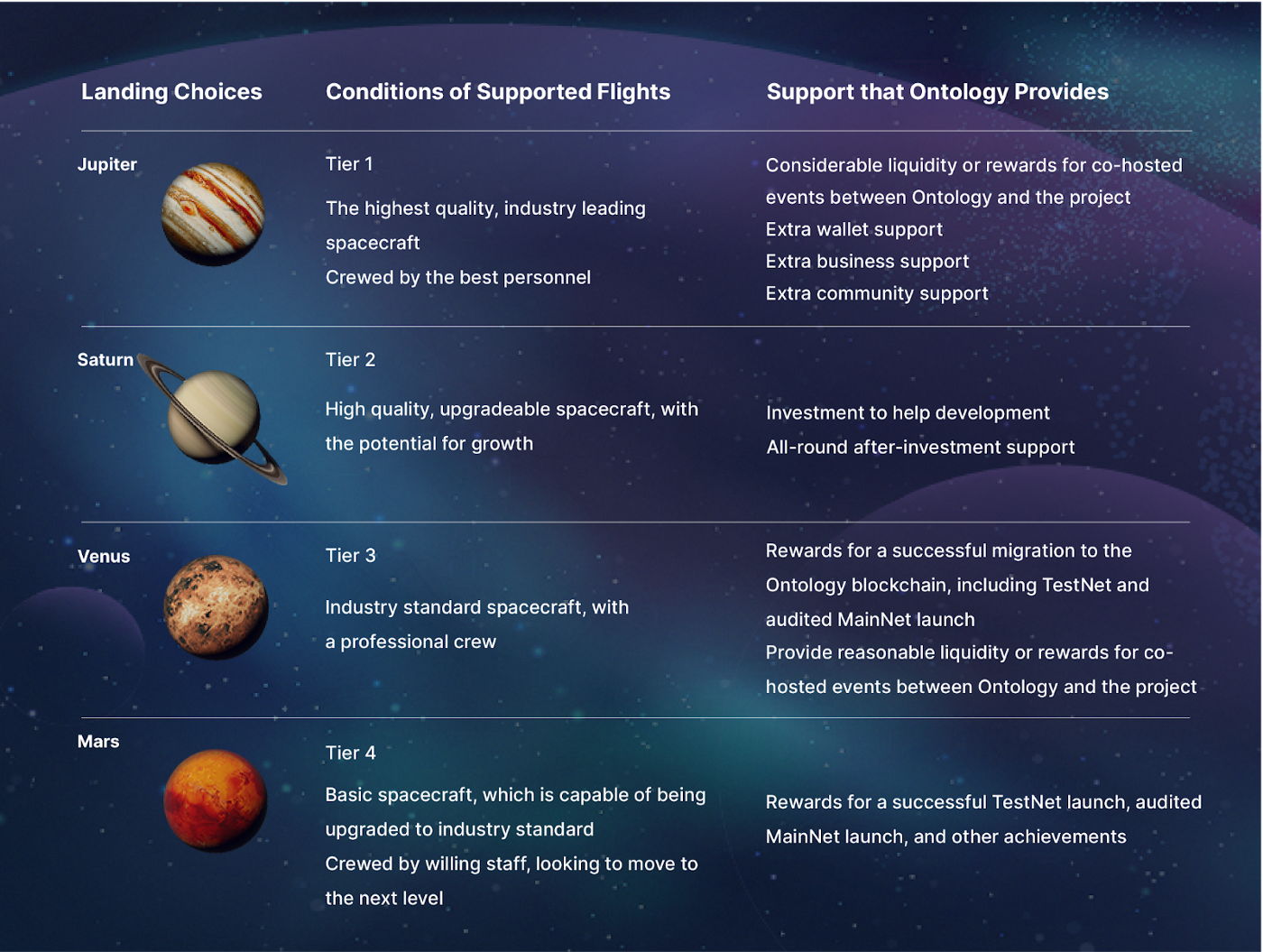 If one possesses an adventurous spirit but doesn’t yet own a project, then do not fear. Ontology has space where those interested can put their skills to use and be rewarded for their endeavors — in the Mercury and Moon plans, users can participate in bug bounties and hackathons.

There is only limited space available, and each selected project will be eligible for rewards to help them succeed. See the landing and flight plans below. 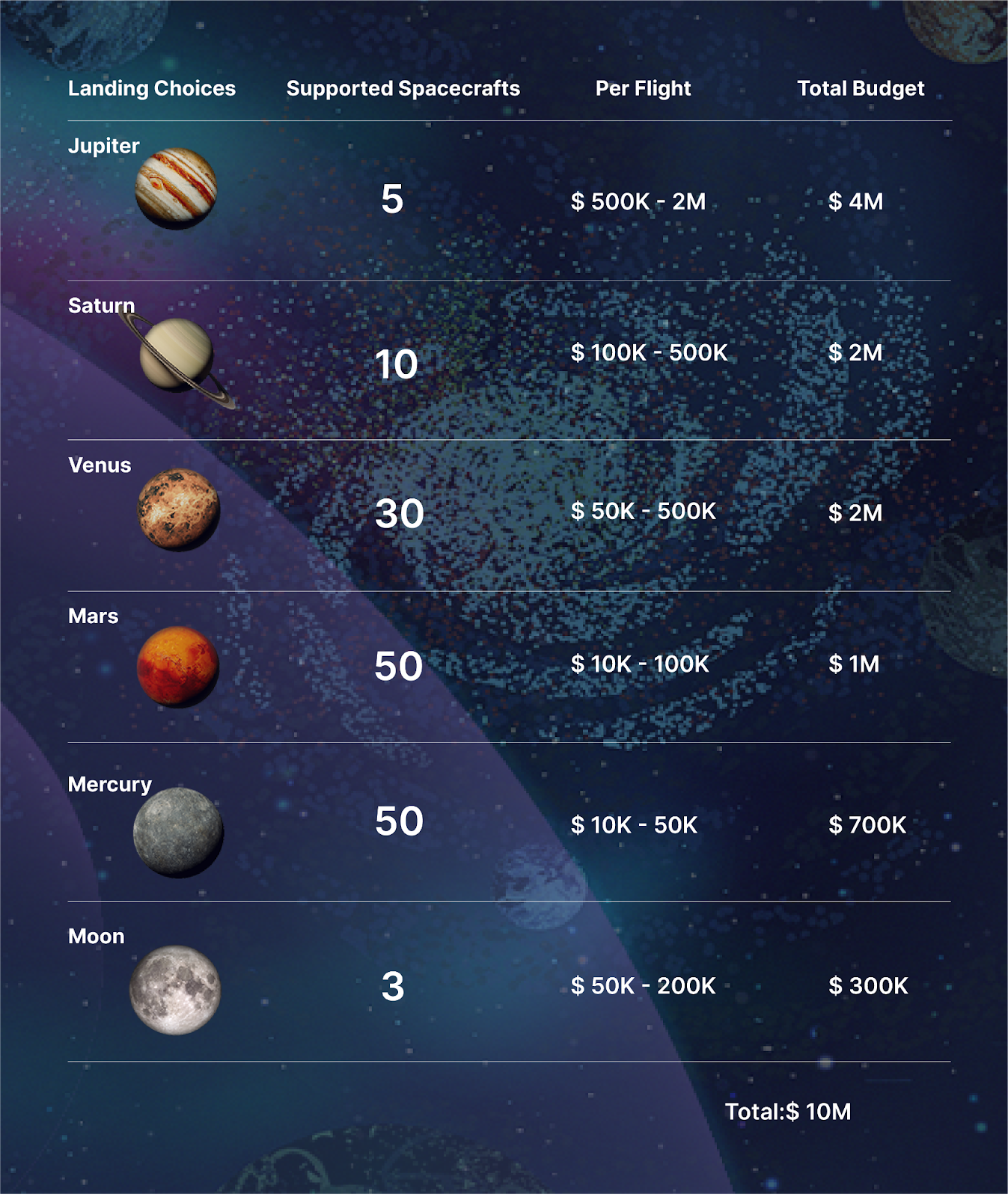 Join the journey by proposing on the Ontology Community Forum.

Learn more about decentralized data and identity solutions on the website and official Twitter account. Users can also chat with the team on Telegram and keep up-to-date with the latest news via its Telegram announcement account.

This is a paid press release. Cointelegraph does not endorse and is not responsible for or liable for any content, accuracy, quality, advertising, products, or other materials on this page. Readers should do their own research before taking any actions related to the company. Cointelegraph is not responsible, directly or indirectly, for any damage or loss caused or alleged to be caused by or in connection with the use of or reliance on any content, goods, or services mentioned in the press release.